If there is already a version of the 'game to be added' in our database, the new game has to be added via "Add Missing Version". You will find this button on the detail page of the already exising game. We separate games into these types:


Bootlegs
Illegal created or distributed versions of games (even if they some how are purchased legally) are not part of our database and will be removed. You can still 'track' these games as 'Items' in your collection.

Private copies/hacks/239847 Games In 1 Module
...have no place here and will be deleted.

Demos
Demo versions of games are not tracked in our database and will be removed if added by a user. You can still 'track' these games as 'Items' in your collection.

Exception to that rule are games which are so called demos but contain nearly the same content as the original game (e.g.: „Ridge Racer Hi-Spec Demo“) 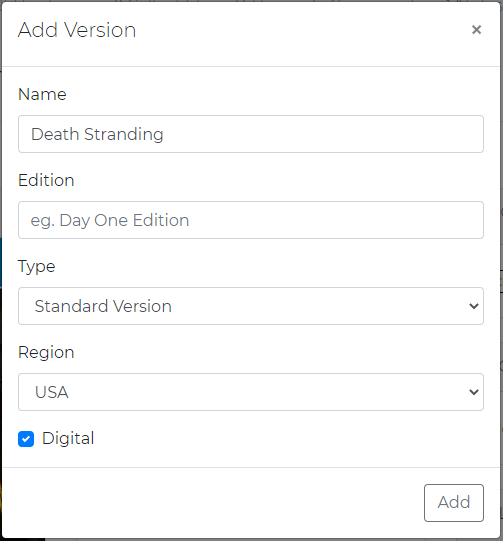 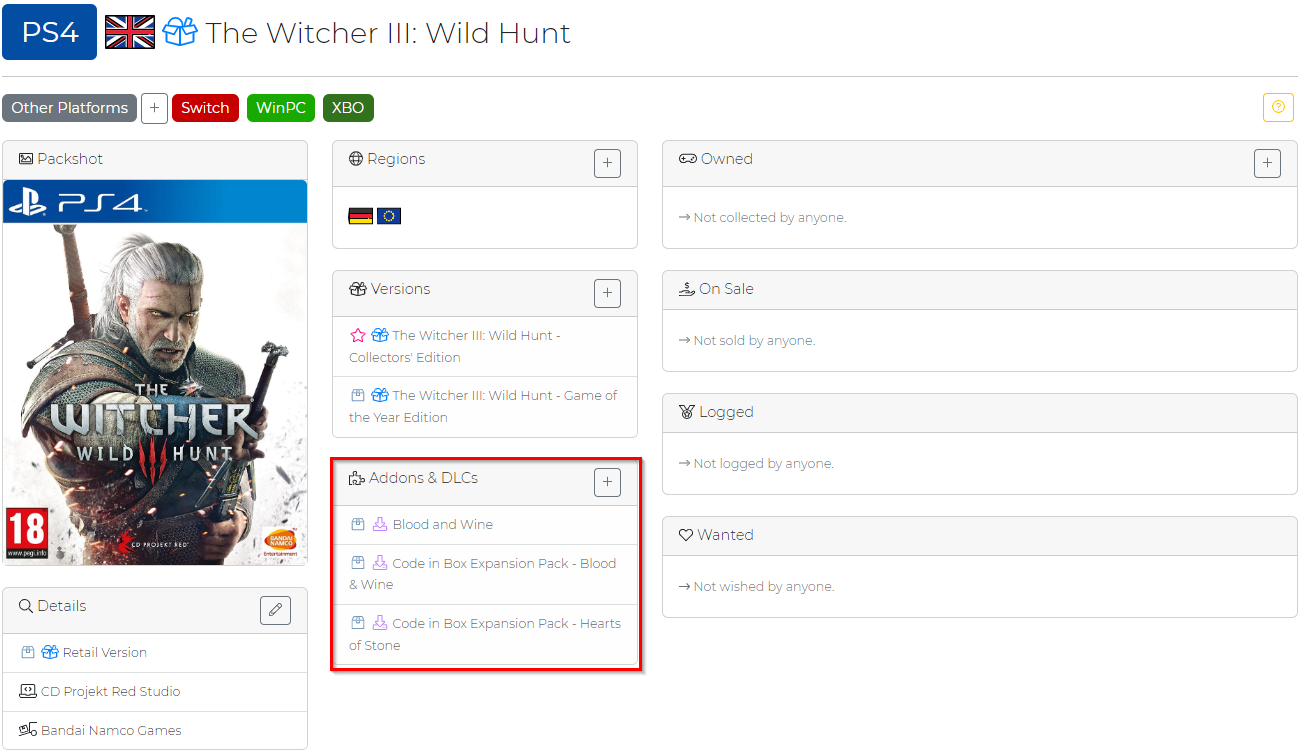 Hardware
Clones Of Consoles
Mostly these 'Clones' of existing consoles are no legal copies, thus we decided to not include them in our database. If we find such an entry, it will be deleted. You can still 'track' these clones as 'Items' in your collection.

Collectibles
Toys To Life (Amiibos, Starlink,...)
Please do not add these to the database yourself. They are tracked as Collectibles and maintained only from the Consoleprofiler staff. If you miss a collectible, please contact us via the Community Board or .

Packshots/Covers
For digital/download games you should use the image provided by the respective store - it should not be a cover shot from any retail version. 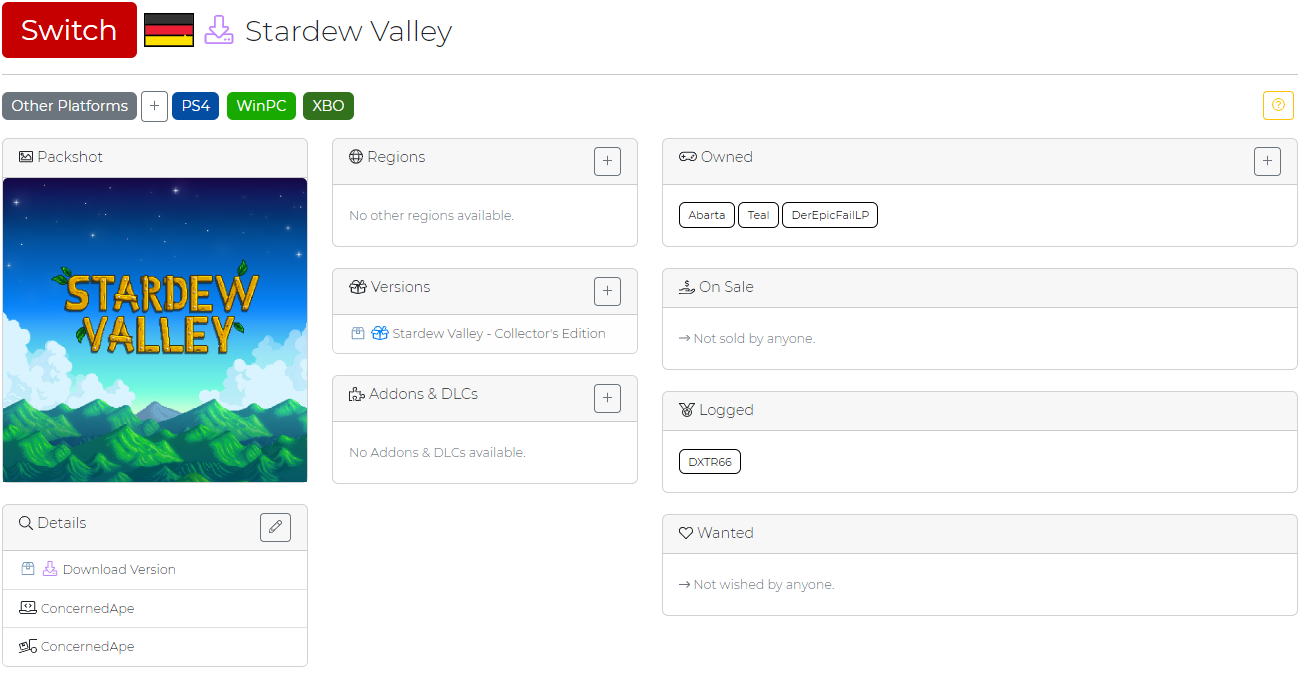 Regions
In case the game/hardware is already available in another region, please do not add the entry via "Add Game/Add Hardware". You can add missing regions via "Add Missing Region" for games/hardware on the detail page of the entry.

Developer & Publisher
Mostly these can be found on the package of the game, if not, please visit GameFAQs or Mobygames for more information. Please avoid adding legal forms to company names.

Rule violations
Once won't matter ;) . Nevertheless, if this happens more often, we might remove 'writing rights' from your account. You will still be able to manage your collection, but no changes can be done to the database.
© 2021 | | Flags made by Freepik from www.flaticon.com is licensed by CC 3.0 BY